I had a friend call me this week to ask if XYZ mortgage company paid cash for keys. I knew this friend had been having some issues so I dug a little deeper. He was behind on his mortgage and knew there was no way he could catch up. His expectation was that the home would be foreclosed upon and he would have to move. He was trying to determine if he should wait out the foreclosure and expect a check from the bank to help with the cost of moving, or if he should just go now. 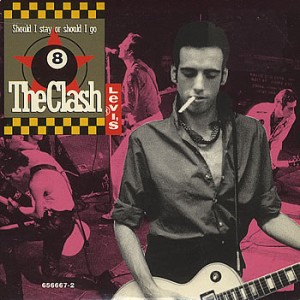 The reality of the foreclosure process in Maryland right now is that on average it is almost 700 days from the time a homeowner misses a payment until the house is foreclosed on. After that, there is a ratification process that is six weeks by statute but in some counties is still taking up to six months because of the backlog. As he was about a year behind it could be another eighteen months before the foreclosure is done and someone is there offering cash for keys. Before you say he should just stay there rent-free, there are two important things to realize. First, it could also be just a few months away. You never know if your house will be the one to blow the average by being quick or taking longer. However long you are in the house waiting you are in limbo, not a great place to be. Second, until it is done you cannot mo

ve forward emotionally or financially so the longer you draw the process out the more pain you are going to suffer. I suggest it is better to rip the band-aid right off.

In this situation, just waiting is not your only option. I recently had the opportunity to meet with a Vice President in charge of distressed assets at a major bank, and though it is not the same one my friends mortgage is this best practices are best practices and will be similar from institution to institution. My friend’s income will not support his mortgage, so their initial steps may not work for him. The bank’s primary goal is to keep owners in their home. They are going to do this via loan modifications, equity share agreements and various other things that will reduce the financial burden on the homeowner to a point where they can resum
e making mortgage payments. If this does not work, the next step is a short sale and for my friend in his situation it is very viable.

Short sales are not the nightmare that they used to be, and they did use to be bad. Not only are the transactions much smoother with everyone having some idea of what to expect but now they heavily favor the home owner. In many instances homeowners are able to walk away from the table with cash to help with their move for participating in the short sale. It is a win for everyone. The bank does not have to wait two or more years to eliminate a non-performing loan. The homeowner is not in limbo for two or more years waiting to see what’s going to happen. The worst thing you can do is just walk away from your home, but it also seems that will quickly become the only way you can get foreclosed on as the banks try many alternative routes.

If you would like advise on what your options are give us a call, we will be more than happy to help you as well.