Buying a home is more affordable today than in the last two decades, this 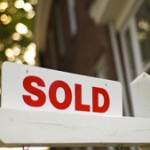 NAHB/Wells Fargo HOI data shows that 75.9 percent of all existing and new homes sold in the fourth quarter of last year were affordable to families earning the national median income of $64,200. This is the highest percentage recorded in the 20-year history of the index.

“Among smaller housing markets, the most affordable was Kokomo, Ind., where 99.2 percent of homes sold during the fourth quarter of 2011 were affordable to families earning the median income of $59, 100,” NAHB/Wells Fargo HOI data shows.

Despite the reasonably priced homes and with interest rates at historically low levels, Barry Rutenberg, chairman of NAHB, said that homeownership eludes many Americans due to tighter lending standards.

“While today’s report indicates that homeownership is within reach of more households than it has been for more than two decades, overly restrictive lending conditions confronting home buyers and builders remain significant obstacles to many potential homes sales, even with interest rates at historically low levels,” Rutenberg said in a statement.

Whether you are a first-time home buyer, first-time home seller, empty nester, thinking about selling a home or buying a home, do contact the Guldi Real Estate Group. In Southern Maryland, the Guldi Group is the number one real estate team.