Outstanding student loans in the U.S. are now close to $1 trillion, this 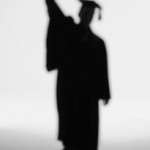 according to the latest report of Bloomberg.

In a press statement, William E. Brewer, Jr., president of the National Association of Consumer Bankruptcy Attorneys (NACBA), said: “Take it from those of us on the frontline of economic distress in America: This could very well be the next debt bomb for the U.S. economy. The amount of student borrowing crossed the $100 billion threshold for the first time in 2010 and total outstanding loans exceeded $1 trillion for the first time last year.”

College graduates with student loans told Bloomberg that it is hard for them to qualify for a mortgage loan as lenders nowadays place closer scrutiny on college loans.

This Bloomberg report echoes the earlier claim of the Federal Reserve that says the tighter lender standards that came as a result of the recession weigh heavily on potential younger first-time homebuyers.

According to the Federal Reserve, the share of 29 to 34 year olds getting a first-time mortgage was considerably lesser in the past 2 years than it was 10 years earlier.

In a study entitled “Student Loan ‘Debt Bomb’: America’s Next Mortgage-Style Economic Crisis,” NACBA reported that college graduates in 2010 who have student loans owed an average of $25,250.

Whether you are a first-time home buyer, first-time home seller, empty nester, thinking about selling or buying a home, do contact the Guldi Real Estate Group. In Southern Maryland, the Guldi Group is the number one real estate team.