Based on the data of CoreLogic – a leading provider of real estate information and analytics, close 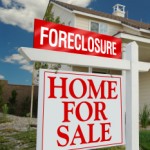 A completed foreclosure, according to CoreLogic, is one wherein a property is auctioned and a third party, which can be an investor or a lender purchase the property in question. In case the home is purchased by the lender, the property becomes the lender’s Real Estate Owned (REO) inventory.

CoreLogic report further shows that since September 2008 – the start of the U.S. financial crisis – there have been close to 3.2 million completed foreclosures.

Meanwhile, last Feb. 9, Maryland Attorney General Douglas F. Gansler announced that his office, together with the federal government, has entered into a settlement with five banks – the nation’s five largest mortgage servicers.

This mortgage settlement brings close to $1 billion in monetary benefits and relief to distressed Maryland homeowners. The settlement is a result of an investigation involving foreclosure abuses, fraud, and unacceptable mortgage servicing practices such as “robo-signing.”